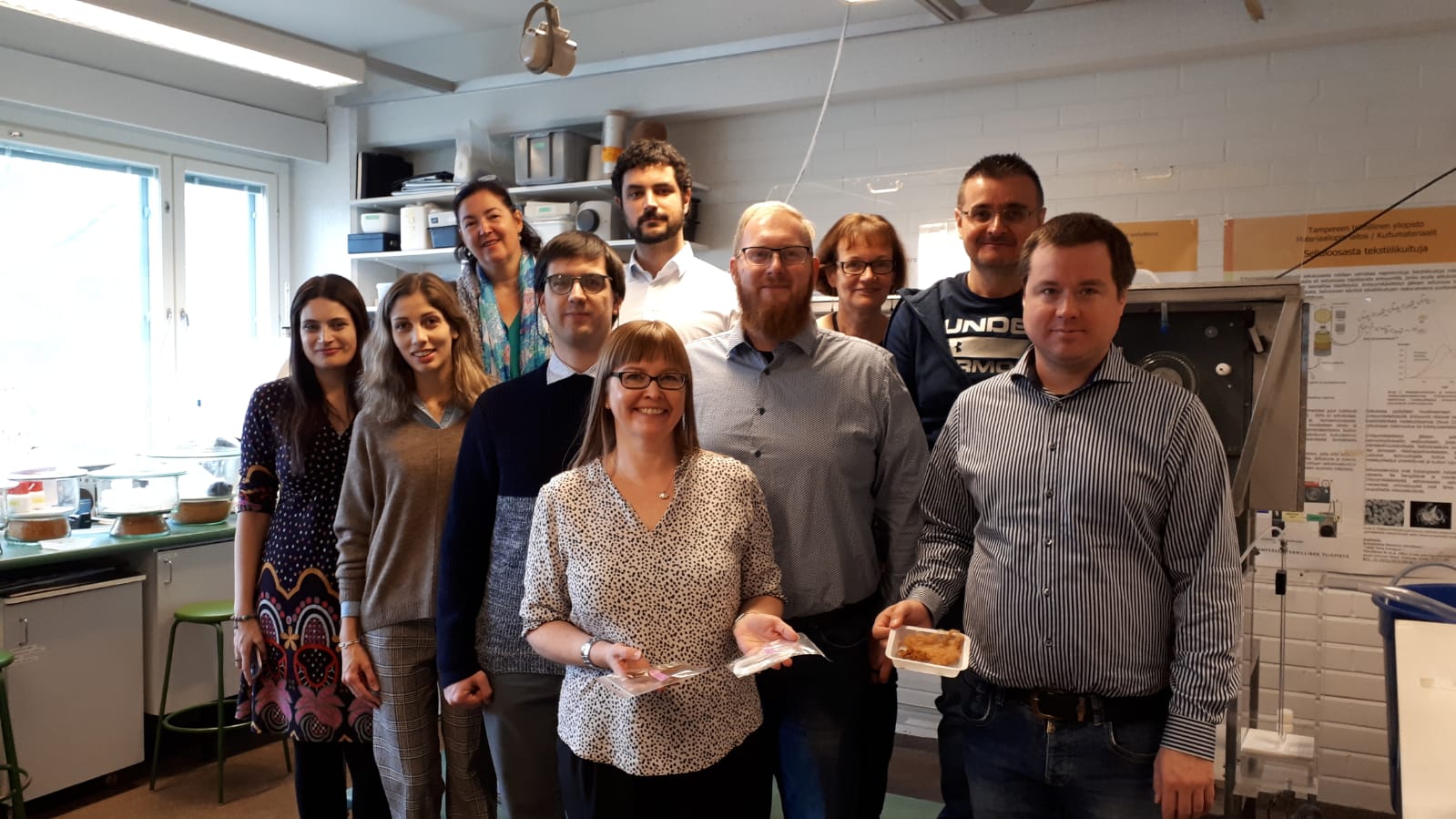 The Consortium of EUCALIVA held its third General Assembly meeting.

On 8th and 9th of January, 2019, partners of EUCALIVA met in Tampere to have their meeting.

Within the meeting, an important part was visiting Tampere University facilities, above all the installations related to the activities carried out by TAU in EUCALIVA: electro-spinning, wet-pinning and melt-spinning. The first samples produced during the project were also shown.

Tampere University is one of the most multidisciplinary universities in Finland. Almost all internationally recognised fields of study are represented at this university.

EUCALIVA is a research project based on extracting high-purity soluble lignin from chemical wood pulping processes (black liquors from Kraft pulping). EUCALIVA will develop and set-up a fully-integrated, energetically-efficient, scalable, innovative and flexible processing chain based on the valorisation of lignin for producing carbon fibres (CF) and other carbon-based materials, mainly for functional applications.

Sorry, the comment form is closed at this time.